So, you found it – New Zealand. A small, Island nation tucked almost as far away from the international dateline as possible. So far away in fact, that it gets to celebrate New Year’s Eve a full 22 hours ahead of people in Hawaii. Something has attracted you to plan a trip here and we’re far from surprised. There are so many good reasons to come down and visit, but just in case you need even more convincing (or someone in your campervanning group does), here are eight facts about New Zealand you may like to know – either something to see/do, or just because you like knowing cool things. 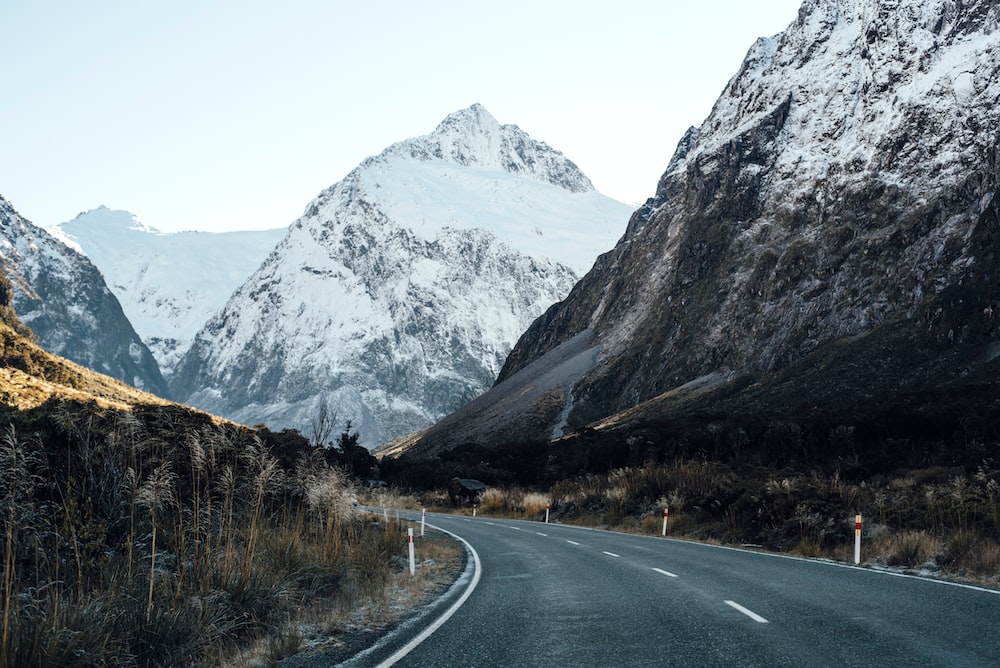 In land size, New Zealand’s two islands are a touch smaller than the area of Japan and slightly bigger than the United Kingdom. However, given the fact that New Zealand’s population is just over 4 million, it is a lot less developed than those other two areas. So much less developed, that the roads that take you from one destination to another could actually be classified as destinations themselves, so beautiful is the scenery that you drive on past.  In fact, no part of the country is more than 128km from the ocean, but beyond this, there are a few road trips you should consider checking out in your campervan:

Are you thinking of taking a vacation around for a bit and then trying to secure some work? You wouldn’t be the first person thinking this. In fact, chances are you may be like countless other holidaymakers who having travelled around New Zealand, fall in love and want to stay longer, so find themselves a job.

Fortunately, New Zealand has a welcoming nature that suits working holidaymakers – and with a wide selection of job types. Available for 12 months (or 23 months if you are from Canada or the UK) check out the NZ government website for more information.

We mentioned above that New Zealand is ahead of the world from a date perspective, but truth is, for over a hundred years, New Zealand has led the world in life-changing ways (often pushing the world to improve too). Consider this:

4 – In New Zealand sport is a way of life

Despite their evident prowess in leading the world (as above), New Zealanders know how to relax too. Perhaps because they deemed it necessary to have 8 hours for recreation, New Zealand is almost as famous for its sports (and sports people) as anything else. For example, did you know:

5 – There are three Official Languages

Yup you read that right. There may be just over 4 million residents here, but there are three languages recognised by the government: English, Māori and New Zealand Sign Language.

6 – New Zealand has some odd animals

Yes, it’s true, New Zealand has some odd animals, but fortunately, we can safely say, there are no poisonous snakes on the islands. However, there are some other animals you should look out for, because, well quite frankly they’re cool.

7- There is a self-governing island

Niue is an Island nation in the South Pacific ocean which is Assigned to New Zealand. So, whilst it is technically, not in New Zealand, nor actually that close, it could be called part of New Zealand so rates a mention. What makes it so interesting is that they have their own currency. On the coins of this currency they have selected Pokemon characters as the main images. And they also have a limited series of coins with Star Wars images.

8 – New Zealander’s can have an ironic sense of humour

America has a set of wings, Japan has a Winged Eagle, but New Zealand, perhaps somewhat ironically has chosen the Kiwi as their official insignia. What makes this an interesting choice, is that the Kiwi is a flightless bird.

So there you have it, eight facts about New Zealand which we wanted to share. You never know, next time you go to a pub for Pub Trivia (did we mention Horse and Trap is a worthwhile visit? But make sure you book online first as it fills up early), some of these facts may just help you to win that round of beer at the end. If you have any facts you would like to share, let us know.